ABOUT US
Psychology of War
DONATE
EN
UA

This is an archival record. The panelists represent their own perspectives, and are not members of NGO Development Foundation. 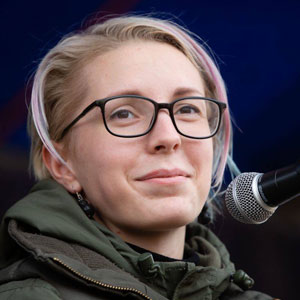 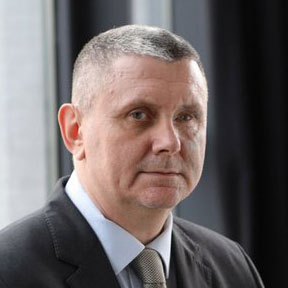 Oleksandr Leontievich Tereshchenko
Veteran; Deputy Minister of the Ministry for Veterans, Occupied Territories, IDPs; Founder of the Association of ATO Participants Invalidiv, to support disabled veterans. First a satellite engineer and then a video operator. He worked for all-Ukrainian and local TV and radio companies. In 2014, he wholeheartedly supported the Dignity Revolution, and with the beginning of Russia's annexation of Crimea, he appealed to the military commissariat with a readiness to stand up for the territorial integrity of Ukraine. By the end of July, he had been mobilized to 28 separate mechanized crews from which he voluntarily went to 79 airmobile crews, which suffered serious casualties in August 2014. In the end of August as a part of the crew in the position of a grenade launcher went to Donetsk region. On October 15, 2014, in the protection of Donetsk airport, he suffered a severe mine-explosion. As a result of which he lost his right hand, a brush of his left hand and a severe injury to his right eye. After treatment and rehabilitation, he was involved in community activities. Tereshchenko is founder of the public organization of participants of anti-terrorist operation of the Nikolaev area. At the end of 2017, he became Deputy Chief of the Patrol Police Academy and from March 2019 to the present time he is the Deputy Minister for Veterans Affairs, Temporarily Occupied Territories and Internally Displaced Persons. The ministry's mission is to honor the memory and develop a positive image of the veteran. He was awarded the Order of Courage for the 3rd degree. 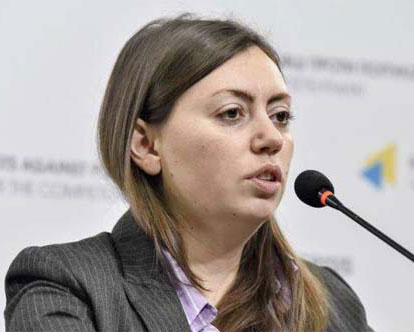 Recommendations about war relief in Ukraine 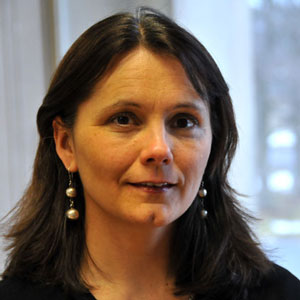 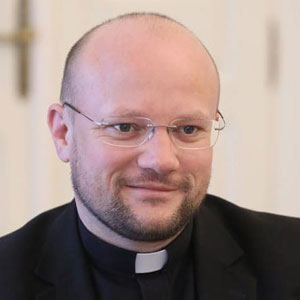 Bishop Stepan Sus
He was consecrated a bishop in Kyiv's Cathedral of the Resurrection of Christ Jan. 12. The Synod of Bishops of the Ukrainian Greek-Catholic Church canonically elected Sus to be a Curial Bishop of the Major Archeparchy of Kyiv-Halych. Pope Francis confirmed his selection Nov. 15, 2019.  The Bishop learned of his appointment while running the Marine Corps Marathon in Washington, DC together with wounded warriors from Ukraine. After his priestly ordination for the Ukrainian Archeparchy of Lviv in 2006, Bishop Stepan served as a military chaplain. From 2012 to 2019, he was parish priest of the Garrison Church of Sts. Peter and Paul in the Western Ukrainian city of Lviv, and served as an advisor to the Lviv archeparchy. While young for a bishop, Bishop Stepan is not unexposed to human suffering, having conducted at least 76 funerals for Ukrainians killed in the Donbas region since 2014 amid a war with pro-Russian separatists. Bishop Stepan said that when accepting his position, he thought of the martyrs in the Ukrainian Greek-Catholic Church “who became priests and bishops at a time when there were no solemn liturgies” and ended their lives exiled in labor camps. He said that he prayed for the martyrs’ intercession to make him worthy of the ministry of a bishop in the Ukrainian Greek-Catholic Church. A native of Lviv, Bishop Stepan studied at Ukrainian Catholic University and Holy Spirit Major Seminary in Lviv before earning a master’s degree in theology from the Catholic University. 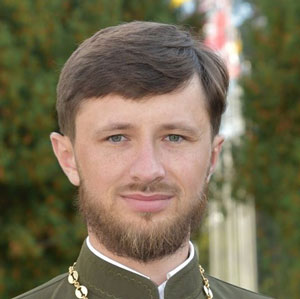 Fr. Sviatoslav Yurkiv
Chaplain of the International Peacekeeping and Security Center, priest of the Orthodox Church of Ukraine, participant of the Revolution of Dignity. Was born on September 6, 1991 in Terebovlia, Ternopil oblast. In 2008, having graduated from secondary school, he entered the Kyiv Orthodox Theological Academy, and in 2014, he received a Master's Degree in Theology. During his studies, he was a member of the choir of St. Michael's Golden-Domed Monastery. From 2012 to 2018, he studied at the National Pedagogical Dragomanov University in Kyiv, at the Faculty of History (an external degree program), and obtained the qualification of Master of History. Participated in the Revolution of Dignity, especially in the territory of St. Michael's Golden-Domed Monastery, which opened the door to the participants of the Revolution when they were beaten by police. On October 26, 2014, he was ordained as a deacon by the Father Superior of St. Michael's Golden-Domed Monastery, Bishop Ahapit (Humeniuk). On November 30th of the same year, Bishop Ahapit (Humeniuk) ordained him as a priest. On December 28, 2014, he began his priestly ministry at the Holy Trinity Parish of the Ukrainian Orthodox Church of the Kyiv Patriarchate in Starychi village, Yavoriv region, Lviv oblast. On April 23, 2015, he was appointed Superior of this parish. Since February 2015, he started Chaplaincy Service on a volunteer basis at the 184th Training Center of the Hetman Petro Sahaidachnyi National Academy, and at the International Peacekeeping and Security Center. Since July 17, 2018, he has held a position of the Military Priest (Chaplain) of the International Peacekeeping and Security Center.Since December 15, 2018, has been a priest of a united Orthodox Church of Ukraine. He is married, and has two children.
IREX
It is a global development and education organization. With 400 staff worldwide, IREX works with partners in more than 120 countries in four areas essential to progress: cultivating leaders, empowering youth, strengthening institutions, and increasing access to quality education and information.  IREX brings 20 years of experience in Ukraine, including direct work with veterans, government ministries, and local communities, to its support for Ukraine’s veterans, whose population has sharply increased as a result of the ongoing conflict. IREX’s two-part program fills critical gaps in data and information on veterans and incorporates this data into tailored activities to improve the quality of and access to veteran services and promote veteran integration into the workforce.
Event Sponsors

Olha Onyshko is an acclaimed multimedia artist and filmmaker in the DC Metropolitan area whose short documentary The Wheat job is part of the multimedia exhibit Building a Holodomor Memorial in DC, currently on display at the University of Maryland and whose multimedia installation Heroes of Liberty, dedicated to the Ukrainian Veterans and the Fallen defending liberty in Ukraine against the Russian aggression will be on display at the US Congress on March 11 and then starting March 12, at the Ukrainian Embassy. She also teaches Storytelling Video Camp for Adults at Docs in Progress. In 2018-2019 Olha lead the Ukraine Media Literacy Program in Ukraine (DOD project implemented by Dexis Consulting) and spend some conducting media literacy workshops schools of the so-called gray zone in Donetsk and Luhansk oblasts. This experience inspired her to create an original video training workshop series called My Hero, My Journey, My Power for women who are in transition from the traumatic past into self-sustaining future. She conducted the first series in January and February of 2020 at the career Catchers (https://vimeo.com/392043233) Since 2017 Olha also advices Office of Congresswoman Marcy Kaptur (D-OH) on Ukraine related issues.
The Pylyshenko Family Foundation
Foundation was established in 2010 by Wolodymyr Pylyshenko and Irma Pylyshenko, Professors of the State University of New York, College at Brockport, to support humanitarian, cultural and international causes and education. Their support of Ukrainian-American causes is inspired by parents of Wolodymyr, Wasyl Pylyshenko, member of the first Ukrainian Parliament in 1917 in Kyiv, elected as delegate from the Black Sea Fleet, and Halyna Pylyshenko, an early and fierce fighter for women’s rights and education in Ukraine.
The Ukrainian-American Community (UAC) Foundation, Inc. at the Ukrainian Federal Credit Union
UAC is proud to be one of the sponsors of the “Heroes of Liberty, Enhancing Well-Being, Resilience, and Civic Engagement of Ukrainian Veterans” initiative. Ukrainian Federal Credit Union, with headquarters in Rochester, NY, established Ukrainian-American Community (UAC) Foundation, Inc. in 2010 to help facilitate the credit union’s long-term charitable objectives of supporting UFCU’s common bond organizations and communities coast-to-coast as part of the credit union’s philosophy of “People Helping People”. The Ukrainian FCU, established in Rochester, NY in 1953, through its UAC Foundation, Inc., supports the development of various cultural, educational, religious, civic, youth and humanitarian programs of the credit union’s membership. UAC Foundation also provides financial support to other nonprofit organizations and foundations that operate for the good and welfare of their communities. As part of the credit union mission of “People Helping People”, UFCU members and leadership wholeheartedly support the Open World Ukraine program. For over 10 years they provided professional and community resources, volunteered, and served as host families for over 75 Open World delegates from Ukraine. The Rochester UA community is pleased to have hosted OW Ukraine delegates from various backgrounds, communities and professions over the years. They all left an indelible mark to this day. They are especially proud of Oleksandr Tereshchenko… his selfless service and dedication to his country. In the words of Tamara Denysenko, UFCU Board Director/CEO Emeritus and UAC Foundation Treasurer/Past President… “We look forward to saying one day that a President or Prime Minister of Ukraine was “Made in Rochester”.”
The United Ukrainian American Relief Committee, Inc.
Founded in 1944 UUARC is a non-profit organization dedicated to enhancing the quality of life of Ukrainian communities and individuals throughout the world. UUARC’s projects and activities include aid to orphanages, the elderly, the handicapped, refugees and the injured in the war. Children’s programs include From Childhood to Taras, aid to schools/internats, student exchange program, Christmas and Easter programs and summer camps for refugee, orphaned and poor children. Continuous programs for the elderly include: four soup kitchens throughout Ukraine, Adopt-a-Grandparent, Candle of Hope and aid to geriatric homes. UUARC also provides individual financial aid to approximately 600 needy annually, primarily for medical treatment. Innocent men, women and children continue to die, with many more becoming handicapped, defending their country. Many have been forced to flee their homes, become homeless, many children have been orphaned. UUARC has placed this vulnerable group in the forefront, provided aid for prosthetics and additionally conducts new programs since 2014, such as Adopt a Wounded Ukrainian Soldier (over 750 sponsored), Family to Family, PTSD seminars, medical aid to field medical units and numerous hospitals. www.uuarc.org
Made in Svit